The city of Phoenix, Arizona, is known for obscene, cookie-cutter sprawl, and as a result, its immense need for energy to power hundreds of thousands of air conditioners.

And while carbon neutrality is largely a pipe-dream for most metropolitan areas, at least Arizona’s largest city — fifth in the country — is taking a formal stab at it.

Two years ago, city leaders and Arizona’s chapter of the American Institute of Architects launched a contest for regional home designers to come up with a house that can function without any additional impact on the environment, a net-zero energy home.

Entrants’ plans were to be rated by the Home Energy Rating System (HERS), an index that measures and ranks real estate’s energy footprint. The lower the number, the better. The contest winner’s plan will be offered free to the public.

It was announced this week that a firm called Marlene Imirzian & Associates Architects won the competition. The home plan they created actually measures far below the HERS goal for the contest, which was 30.

According to HERSindex.com, the U.S. Department of Energy has determined that a typical resale home scores 130 on the HERS Index. A new home is around 100.

Using high-end reflective glass in windows and doors, a one-piece leak barrier that runs under the roof and behind walls to eliminates air passage, a solar chimney and retractable shades, the designers eliminated the need for an air conditioner.

Although Phoenix exists in the searing open landscape of the near waterless northern Sonoran Desert, and its absurd temperatures and environment have been accepted as normal by its residents, there is no doubt a growing impact from climate change on its living conditions. 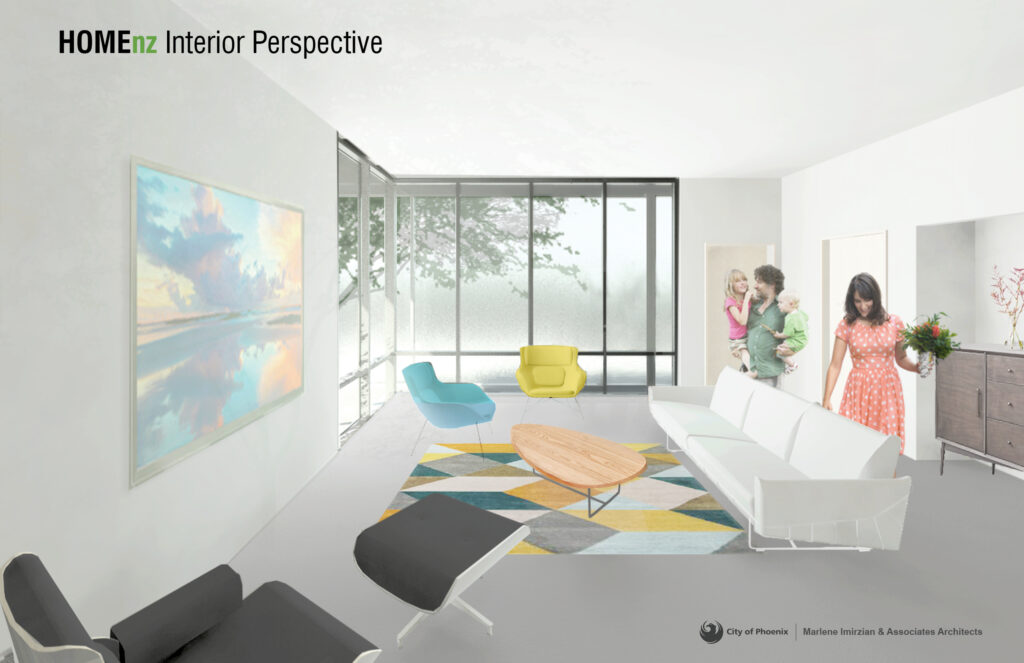 In July of this year, the city tied its record high temperature of 112 degrees. In 2017, it was reported that 172 people died from heat-related illnesses in Maricopa County. According to the Sierra Club, the Arizona Department of Health has noted an 82 percent increase in heat-related deaths between 2015 and 2017.

Phoenix remains one of the country’s fastest growing cities. People continue to move there to take advantage of “mild” winters and affordable homes. But this only means more energy-eating homes, more heat-pumping concrete and more people — not exactly the remedy for an ever-sickening environment.

Thankfully, Phoenix leaders are well aware of their looming plight, and contests like this can hopefully go a long way toward helping cool a seriously hot real estate market.

Copyright © 2020 Arizona Regional Multiple Listing Service, Inc. All rights reserved. All information should be verified by the recipient and none is guaranteed as accurate by ARMLS.
IDX Solution Provided by iFoundAgent.com. ARMLS Listing Data Last Updated: October 22, 2020, 5:21 pm