As metro Phoenix home prices hit another record, it’s not only first-time buyers looking for deals.

Move-up buyers are searching for the best values on bigger and pricier homes.

Phoenix’s Arcadia area, north-central Scottsdale, Ahwatukee, south Tempe, Chandler and Gilbert are some of the Valley’s most popular neighborhoods for move-up buyers. Prices in those areas have soared with demand.

The housing crash slowed upgrading for many buyers who couldn’t sell their homes. But now that Valley home prices have recovered from the crash for most homeowners, more are ready to trade up.

Here are some areas quickly climbing in popularity with move-up buyers. 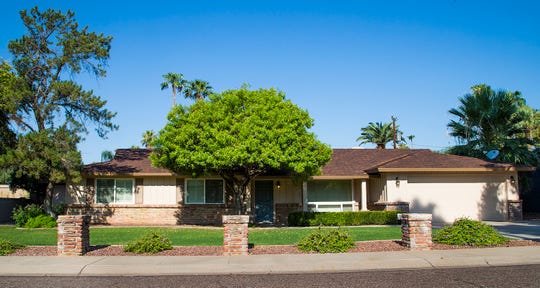 “We are seeing more people, particularly from the West Valley who want to move back to the central city for schools and jobs,” said Bobby Lieb with HomeSmart Elite. “People are discovering great values in north-central, particularly compared to Arcadia.”

North-central’s median overall home price dipped about 1 percent to $545,000 in 2018, according to The Arizona Republic’s Street Scout Home Values.

As home prices in Chandler and Gilbert have climbed, move-up buyers have headed farther out in the southeast Valley to find deals on new houses.

Queen Creek is a good area for finding some of the best values to move up in the East Valley, said Darwin Wall with Realty One Group.

Queen Creek neighborhoods closest to Gilbert and Chandler are the most popular. Neighborhoods farther out toward San Tan Valley are less expensive and drawing first-time buyers.

Buyers can often find new houses in Queen Creek similar to ones a few miles away in Chandler and Gilbert for at least $50,000 less.

Copyright © 2020 Arizona Regional Multiple Listing Service, Inc. All rights reserved. All information should be verified by the recipient and none is guaranteed as accurate by ARMLS.
IDX Solution Provided by iFoundAgent.com. ARMLS Listing Data Last Updated: October 26, 2020, 12:54 pm